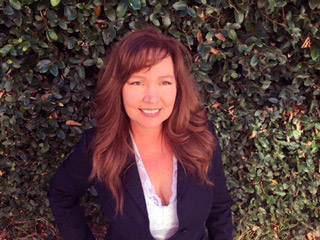 I didn’t expect to become a Juvenile Science Fiction writer but looking back it all makes sense. I was born on September 14,1966 in West Anaheim Community Hospital, in Anaheim California—just a few blocks away from Disneyland. I grew up in a middle-class family in Irvine, California (way before Orange County was called the OC). The Arts: dance, music, drawing, painting and theater, were the activities that I was drawn to.

Because I loved working with my hands and being creative, I went to beauty college, while at the same time finishing up my schooling at University High school in Irvine. For the record, beauty college was more like “hair rehab” for me. I was always coloring and cutting my own hair as if it was an artistic project. It was fun, until my hair turned some very strange colors. Seriously, before I went to beauty college, my hair looked like Bozo the Clown’s; short, curly and orange.

Anyway, a year after graduating from both high school and beauty college, I earned my cosmetology license and began working at a salon in New Port Beach. Later, I moved to San Diego and worked for a few more salons before setting up my own business.

Although I loved the arts, it was only in my later teenage years that I began writing in my spare time for fun. It was a hobby that scratched my creative itch in a more challenging way than I was used to. I bought my first computer when I was 20. I wrote a few children’s books, a screenplay, a young adult novel (that was way too long), and I made a few false starts on a few books, which I never completed.

In 1995, I married my soul mate, Joey. With our birthday’s just a day apart, we knew it was a sign that we were meant to be. So far, so good! Shortly after getting married, we started our family, and had two boys, Albert and Thomas.

Inspired by my boys, I wrote, “Combat Boy and the Monster Token”  a Juvenile Science Fiction book which launched on Amazon, July 2014. My writing philosophy is simple: If I have fun writing, then more than likely, the reader will have fun too. Staying in a happy, positive mood keeps me focused and open to creative inspiration. However, I write whenever I can fit it into my hectic schedule. When there is no time to sit in front of the computer, I daydream about what I want to write about. My favorite times to daydream, are when I’m taking long walks, cooking or cleaning the house.

I spend most of my time in San Diego, California, with my family. Our oldest son, Albert joined the Marines and went to boot camp, March the 24, 2014. The day he left, I told my Husband that I needed a new baby, so I got a kitty cat named Gigi. She is an F 3 Bengal cat, and she looks like a little leopard. She is so cute and sweet, and unlike my boys, she likes it when I take her picture.